Mini events are small special events and limited-time offers. The events are listed in descending chronological order, with the newest at the top. 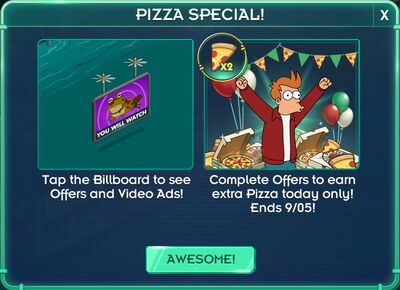 Pizza Special involved the Hypnotoad Billboard (where players can watch advertisements and complete offers for Pizza). The event gave players twice as much pizza than usual for completing offers. For example, watching an advertisement that gives 1 Pizza instead gave 2 and completing an offer for 24 Pizza instead gave 48. It was also packaged with the All My Circuits event, presumably because the Shakespeare Calculon outfit was available for 180 Pizza (a premium outfit for a premium character). 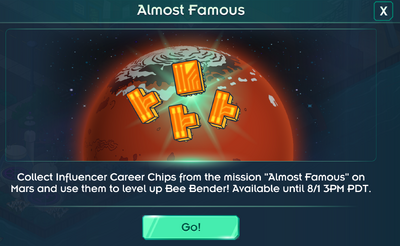 The Almost Famous space mission occurred on Mars. There were no space interactions, but it provided a lot of bonus Influencer chips of varying levels. Different levels were locked by Influencer levels. It was also packaged with the Space Bee Weekend event because the unlockable Bee Bender outfit is an Influencer. 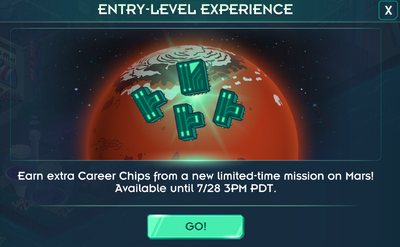 Climb the Corporate Ladder was a mission on Mars for this event. There were no space interactions, but it provided a lot of bonus career chips of varying levels. Different levels were locked by Robot levels. 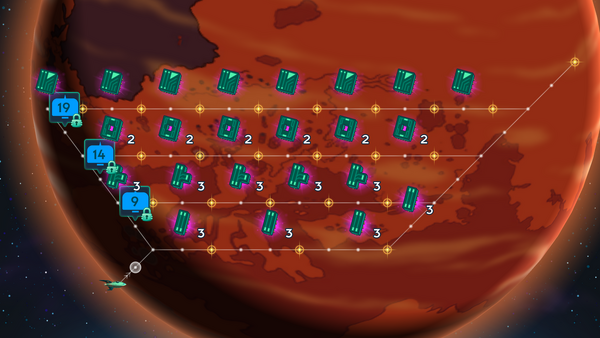 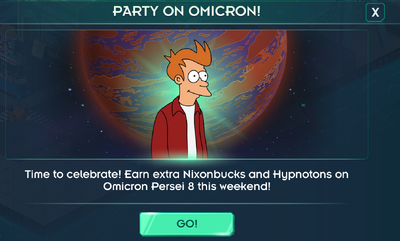 Back to the Grind was a mission on Omicron Persei 8 for this event. It required Fry and player level 3 in order to complete. There was also a space interaction with Ndnd, where having Fry unlocked a special choice that gave more Nixonbucks. 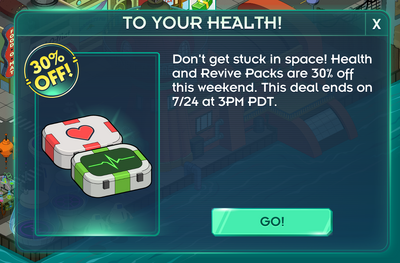 There was also a sale on Health Packs and Revive Packs during this event. 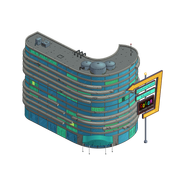 Independence Day Weekend was a one week offer in celebration of The Fourth Of July, where you could buy the character Nixon and Agnew with the Watergate Hotel building for 475