Futurama: Worlds of Tomorrow Wiki
Register
Don't have an account?
Sign In
Advertisement
in: Missions, Events, Characters,
and 2 more

How to Play Guide for Futurama: Worlds of Tomorrow

Futurama: Worlds of Tomorrow is a mobile city-building game where players can build their own New New York and fight against alien species while exploring unfamiliar planets on space missions. It was released on June 29th, 2017 and features stories written by writers from the TV series and stars the show's original cast.

Futurama: Worlds of Tomorrow is composed of several types of game play.

Futurama: Worlds of Tomorrow tasks the player with saving New New York and the characters within it from hypnowaves that have spread across the universe. Hypnotons, an in-game currency, is used to clear the hypnowaves off land and buildings. The game presents the player with a portion of New New York, with more areas being unlocked as they progress through the main storyline, or unlock more space by clearing areas using a Robot 1-X Worker. These blocks of land are called Districts, and each district comes with unique unlocks, such as characters, buildings, decorations, and goals. Characters from the show wander through the streets of New New York, with more characters able to be unlocked by clearing areas of hypnowaves and performing various in-game tasks.

The blocks of land are separated into larger blocks of land called districts. The player begins on the Planet Express District and must collect ancient artifacts from planets in order to unlock new districts. Land blocks can only be cleared with hypnotons.

Buildings and decorations can be placed on the land, but each item has a certain size footprint. There is a limited amount of land, so it is up to the player to determine how they want to manage their space. The player can edit their town by tapping the icon in the lower left hand corner that looks like a plus sign with arrows or by tapping and holding on an item. Most items can be stored and removed from inventory and rotated. Once players reach level 3, they may place roads and sidewalks!

Buildings take time to build, but decorations can be placed instantly. Decorations also provide a small bit of xp when placed.

Robot 1-X Workers clear the land of Hypnowaves and build buildings. The player starts automatically with one worker. More workers can be bought with pizza. Each worker can work on one building or section of land at a time.

The player's game starts at experience level 1 and can be leveled up to a maximum of 70. Experience level determines how many nixonbucks a player can have and how much fuel can be stored for space missions. Each time the player levels up, their fuel will get refilled to their max fuel plus however much fuel they had when they leveled up.

Most characters need special unlock materials before they join your crew and move into New New York. Premium characters do not need to be unlocked; they are available immediately after purchase or when their building is placed, if applicable.

To unlock a character, tap on them to see what materials are required to unlock them. To see how a particular material can be collected, tap on the individual material. A list of tasks will be displayed which can be tapped to go directly to that action and get it started. In general, materials are collected by sending characters on tasks, collecting from buildings and completing space missions.

When the player has collected enough of a particular item for the character, tap on the check mark above their head to turn the items in. The bubbles will visually bounce to show enough has been collected. Unlockable characters can also generally be unlocked instantly with

Characters also have specific actions that earn the player nixonbucks and xp. Character actions may also been needed to complete goals and unlock items for other characters. Characters must be leveled up in order to gain access to all their actions. Some actions are animated, meaning they take place on the streets of New New York, and others happen within specific buildings. Actions can be cancelled and can be instantly finished with

. You do not get any rewards for canceling an action.

Characters can also have a range of outfits to unlock, which come with their own set of tasks and abilities. The Outfit-O-Matic building is needed to make any outfit. To change a character's outfit, tap the hanger icon in the bottom left corner of the screen.

Once the player reaches the Central Park District, they will gain access to the character finder! Characters not currently performing a task or on a space mission will show up in the upper left hand corner in alphabetical order. Players can cycle through available characters and assign them to work on tasks. Also, tapping on an active goal for a character will take the player directly to that character's list of available actions (unless already on a task).

Each character starts at level 1 and can be leveled up to 99. Career chips and nixonbucks are required to level up a character. Higher level characters can perform more tasks, unlock space mission paths and are stronger against enemies in battle. Character outfits are treated as their own character, and is leveled up separately from the character. For instance, a player can have Fry at level 20 and his Robot Fry outfit at level 16.

Goals are the main driving force of the game. They include dialogue, stories and tasks for the player to complete. They could include character actions, completing space missions, or even placing certain decorations or buildings. Completing goals rewards the player with nixonbucks, xp, or other special rewards. The goals appear in the lower left-hand corner of the screen. The main story goals have a brighter background than the side goals. Special events can also have main and side goals as well! 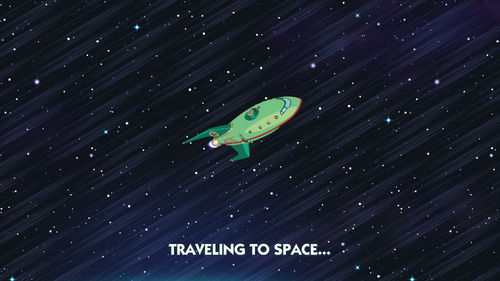 Space missions are another driving force of the game. Completing space missions are the only way to earn hypnotons, which are used to unlock districts, clear land, and clear certain buildings.

Space missions may also provide special one time only rewards, such as ancient artifacts which are used to unlock new districts in the game.

Gaining 100% completion on a space mission rewards the player with pizza!

Space interactions allow the player to choose options and gain special rewards. They are represented by a green node on the mission map. Interaction can have standard rewards for completion and/or variable rewards based on the player choices during the interaction. Possible choices are documented here on the wiki on the page for each mission.

Events are special limited time only experiences. They can include goals, missions, characters, outfits, ANYTHING! They are usually themed in nature and an in game pop-up will notify the player when an event is happening.

The game launched on June 29, 2017 and is currently available on the Apple App Store, Google Play, and Amazon Appstore.

The game is free for download, but does offer in-game purchases starting at $1.99.

As a free to play user, you can earn pizza by completing space missions, by watching adverts, or completing offers. They can also be purchased with real currency, with prices starting at $1.99.

As of yet, items cannot be sold in Futurama: Worlds of Tomorrow. 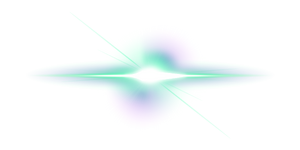