Edit
watch 01:40
The Sandman Will Keep You Awake - The Loop
Do you like this video?
Play Sound

Hellbound From Downtown is one of the event missions on Earth as part of Week 4 of the Robot Hell On Earth event.

This mission introduces Pink Robot Showgirls which require both

, used in that order, to instantly defeat them. Some combats also include Robot Moths and Robot Snakes from previous weeks. It is still possible to defeat these enemies, including the new Pink Robot Showgirls, with regular attacks (which inflict -1

to your party. Use the Robot defense boost

. Use the Influencers periodically to heal. Battle will take some time (10-15+ minutes), but it is possible to kill enemies without Bombs this way.

class (Roberto) can also be used to help defeat enemies without bombs. After 2-3 times (number depends on relative level) using the Villain's special ability (Enemy defense reduction) any attack will defeat the remaining enemies. A Captain 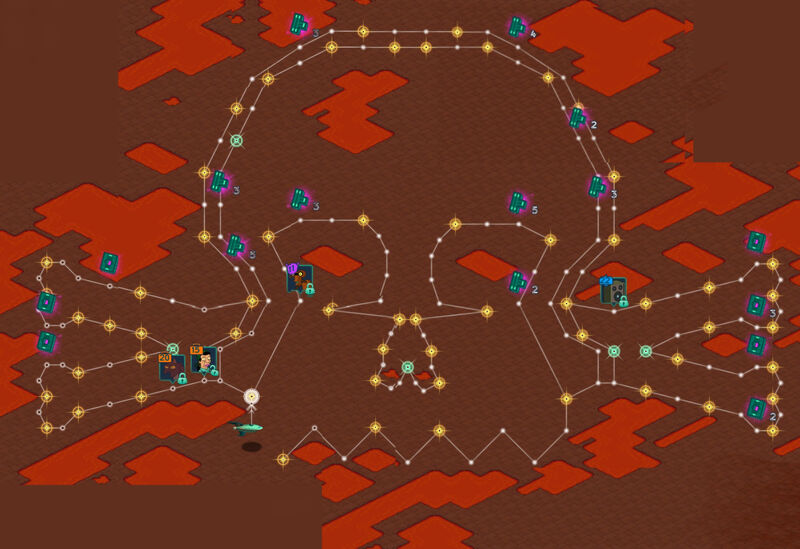 Resist the temptation to play.

You spot the Robot Devil's golden fiddle in a glass case, tucked away in a hidden cave.

Robot Hell is not liable for injuries.

Get the bug spray.

It's getting dark so you turn on the headlights. That attracts a swarm of robot moths.