Come Hell or High Water is one of the event missions on Earth as part of Week 3 of the Robot Hell On Earth event.

This mission introduces Robot Snakes which require both

, used in that order, to instantly defeat them. Some combats also include Incubots and Robot Moths from previous weeks. It is still possible to defeat these enemies, including the new Robot Snakes, with regular attacks (which inflict -1

* When week 4 was released, Robot Leela was revealed to be a premium costume. Tinyco likely changed the map to use a free character instead, as this was the first time they would have ever required a premium character to 100% a map.

How to Play without Bombs: Add 1-2 Robots

to your party. Use the Robot defense boost

a few times (until enemy only inflicts -1

per hit). Leave it to play out. Use the Influencer if needed to heal. Battle will take some time (10-15 mins plus), but it is possible to kill enemies without Bombs this way.

NOTE: As of App version 1.4.4. Defense boost no longer stacks. 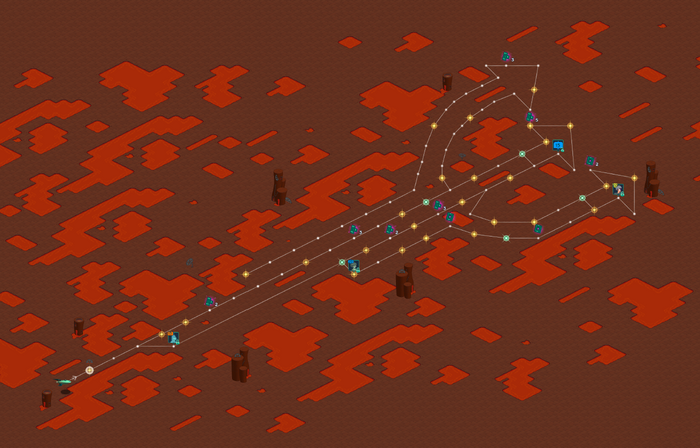 Prepare for the Thirst[]

It's the dehydration generation.

You've exhausted your water reserves and the crew is really thirsty. Now what?

Keep cool and carry on.

You suddenly feel sweat cover your whole body. The AC is broken and you can't open a window!

The Pitchfork to Rule Them All[]

You find the Robot Devil's pitchfork in a pedastal. If Fry can pull it out, the Incubots will obey.

The ship gets slower & you hear loud thumps. Incubots storm the ship & climb on board!

Whoa Nelly, it's getting hot in here!

You notice an open safe filled with gold bars. Unfortunately, it's engulfed in flames. Decisions, decisions.