Each character is assigned 1 of 6 possible classes. Each class has a unique ability and a varied set of statistics (hp, attack, defense, speed). See Class for more detail.

Each character is assigned 1 of 3 possible affinities. Each affinity has different strengths and weaknesses. 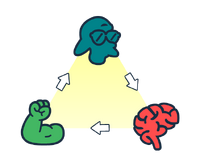 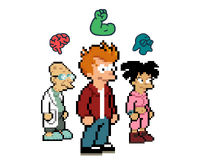 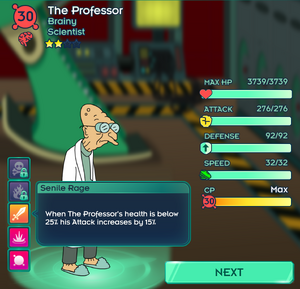 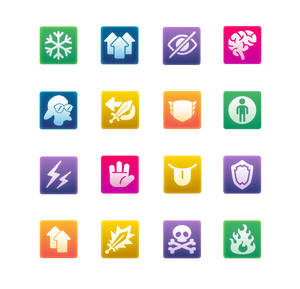 HP (Health Points) represent the amount of life a crew member has available. Death is what happens when a character runs out of HP. That character is removed from battle. Packs to revive or heal can be used during space missions between combat nodes and are purchased with

or given out as event or Daily Login Rewards.
When leaving a space mission, all characters are returned to full health, even dead characters.

Attack determines the amount of damage a crew member can inflict. Each Class has a predetermined amount of Attack points.
There are three types of attack animations: shoot, melee, and thrown weapon. Crew members that throw, can have up to 3 weapon variations depending on level. The animations and weapons are purely visual and have no impact on damage statistics.

Defense determines how much HP is lost when attacked. Each Class has a predetermined amount of Defense points.

A character's speed affects their order in combat. The quicker characters attack first, followed in order to slowest character. Combat order is first determined by Level, then by Speed. If all characters are the same level, the order is: Delivery Boy, Captain, Influencer, Scientist and Villain, and then Robot.
Speed stat tie breaks come down to player choice -- that is, how the player chose to add characters into the crew. For instance, if a player added Fry, Amy, and the Professor to the crew, the attack order would be Fry > Amy > The Professor. However, if the player added the Professor, Amy, Fry to the crew, the attack order would be Fry > The Professor > Amy.

Both Class-Based Abilities and Character-Specific Abilities can sometimes change the combat status of allies or enemy party members. The passive attributes determine which combat status is imposed and onto which party. Some passive abilities also remove statuses. Combat statuses show up as icons next to characters during PVP battles and during combat Missions. If a status is set to last for longer than 1 round, a small number on top of the combat status shows how many rounds the status will remain active if not removed.

The table below outlines each classes' stats at level 30. Please see the individual Class pages for a greater breakdown on their level stats.